The day was a huge success with a record number of 27 teams taking part in the race. Light competitive spirit combined with live commentary created a great atmosphere and allowed for the spectators to get involved.

The family fundraiser was sponsored by local organisations with many putting forward their own teams. The St Helen’s in the Park team, also known as the Cosmic Campers, made their debut at Dragon Boat Racing this year and we are already looking forward to participating again next year and trying to bring home a medal!

For those who wanted to stay dry, spectators were treated to inland entertainment such as face painting, a BBQ and cake stalls which all added to the fundraising. It was a great day with lovely weather and lots of fun was had by everyone.

Well done to all participants for taking part and thank you to all those who came to cheer! 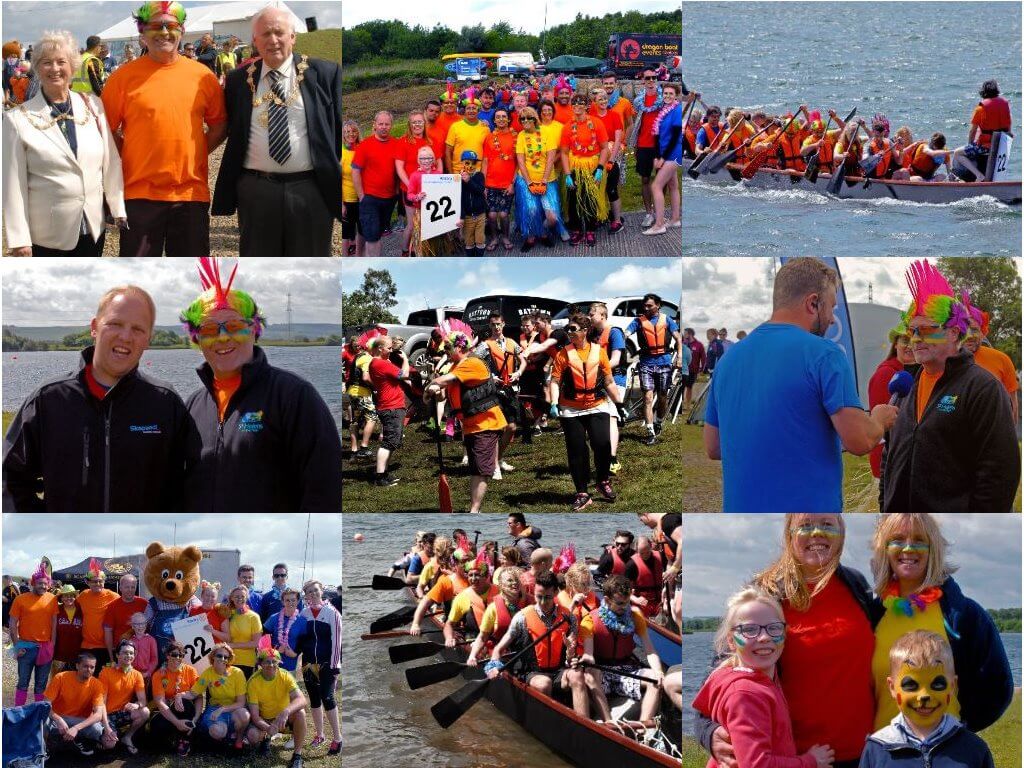